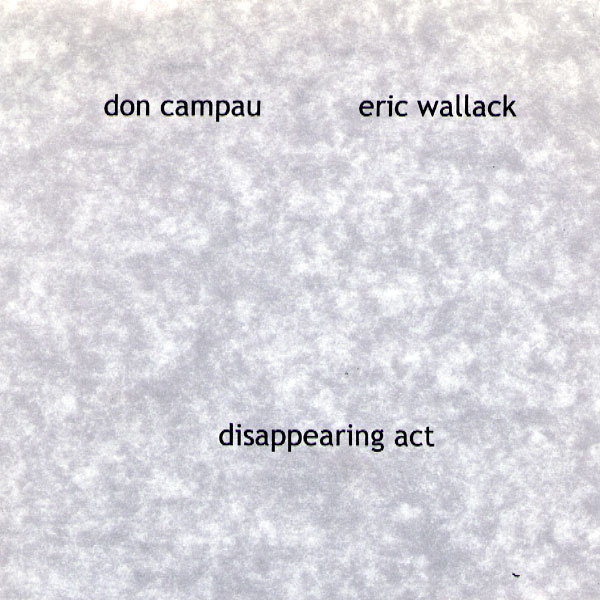 In 2002 I collaborated with Ohio multi instrumentalist, Eric Wallack, on what was to be a dramatic album in an almost musical theater style. This was my first digital album using my trusty BOSS 1180, 8 track and thus was my best sounding set of songs to that point.

The clarity afforded by digital was perfect for these songs because it allowed the excellent backing tracks by Eric ( a very gifted musician) to really shine through and sparkle and, at the same time, gave complete silence where needed ( especially on the title track) for heightened dramatic impact.

Eric and I recorded a couple of albums together and he made many albums of his own. Unfortunately, I have lost touch with him and because of some health issues at the time, I am concerned with his well being .A super nice guy with tremendous abilities on many string instruments, Eric was an ideal collaborating partner.

In addition, my long time musical partner, Greg Gray played drums on many tracks giving it more of a band feel.

Lyrically, this was one of my most accomplished set of songs I felt ( and still do). I has just turned 50 and it prompted an emotional landscape that, perhaps for the first time, made me start to really deal with mortality. Inspired by a variety of topics such as questioning personal decisions, transformation and the 1985 film “Emerald Forest” ( filmed in the Brazilian rain forest), “Disappearing Act” was made when I was getting up everyday at 3 am for my very physical job as a produce clerk and as a result usually exhausted overall.

This CD also had a novel, layered cover with a transparency wrapped over mottled paper and so, if removed, would ’”disappear”.